The MAT2000T is used to determine the electrical cable resistance per 1000 m (US model per 1000 ft) of high- and mid- range power cables without cutting the cable. Using the 4 pole measuring technique according to Kelvin, all feed line resistances are eliminated. The measuring current is established via pneumatically operated chuck jaws, the measuring voltage is picked-up via spring-supported taps.

The current jaws and thus the current feeding points are arranged at a sufficient distance to the taps in accordance with DIN/IEC to ensure a constant and uniform distribution of the current across the actual measuring distance. The MAT2000T is capable of measuring cables during manufacturing
process by connecting the device directly to the cable where it is reeled up. The MAT2000T is then placed underneath the cable, the electrical elevation system lifts the holding device into the corresponding cable height and stops automatically. Furthermore, the holding device is swingable vertically to support different cable angles.

After closing the safety covers, the pneumatic chuck jaws are activated and the measurement can be started using the built in Microohmmeter MR 302 C-A. 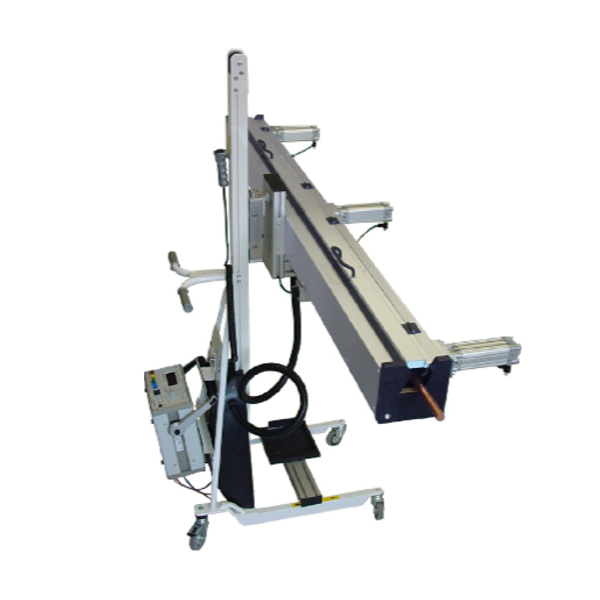 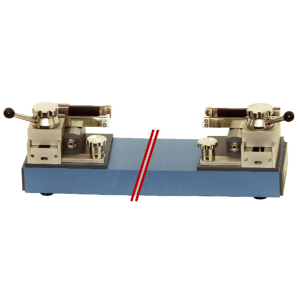 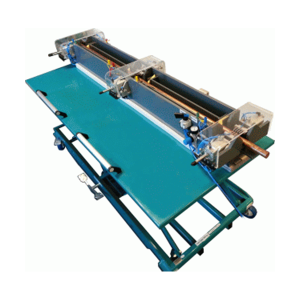