The MR 2212 W measures the interior resistance of objects with a natural voltage, including batteries, fuel cells, accumulators, separators and power racks.

With its large range from some 10 µΩ to 2 Ω it is widely used in R+D, monitoring and trouble-shooting applications. The feed line resistances are compensated by the 4-pole measuring method according to Kelvin. In addition the temperature of the test object (PT 100) can be monitored continuously as well as its direct voltage. The MR 2212 W can be connected to the test object even while it is in operation. This makes continuous monitoring possible, and all measured values can be recorded at any time by a connected computer.

Limit values allow the release of alarm signals on site via a control system or a computer.

The sophisticated recognition of contact errors at the holding device itself is one of the most important features, as it enables you to distinguish between such errors and actual defects of the test object.

The corresponding error messages, as well as the actual defects of the test object are not only transferred to the control system, but also displayed clearly on the MR 2212 W front panel. An automated measuring system is provided which is activated in case the value measured is below / above the measuring range.

It is only necessary to program the instrument once via the RS232C interface, in order to operate the instrument with these parameters at manual measuring setups or with an industrial PLC system.The instrument can be controlled completely via RS232C using a computer terminal, by single contact opmode (footswitch) or using the frontpanel keys. 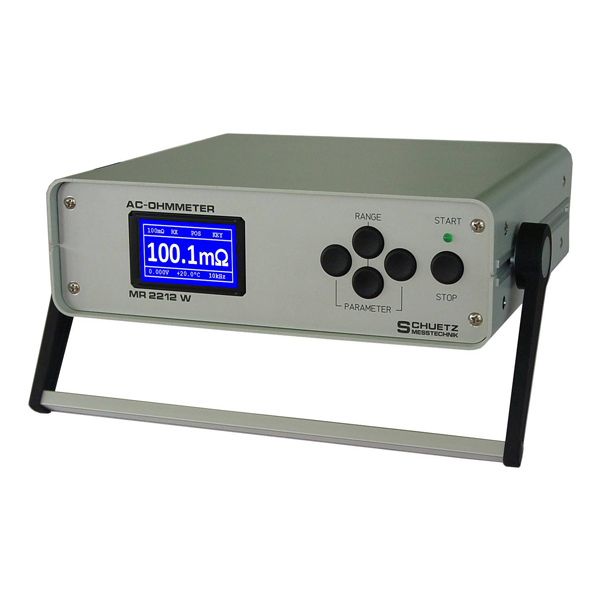 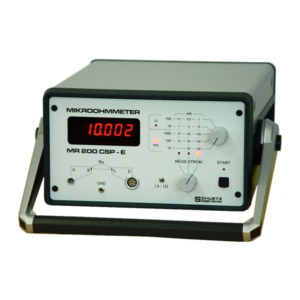